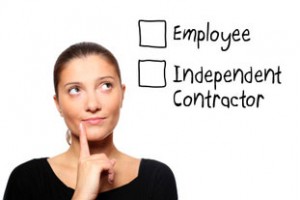 The Department of Labor is preparing to release guidance addressing how to assess whether a worker is properly classified as an independent contractor.  Dr. David Weil, an administrator with the DOL’s Wage-and-Hour Division, said the agency will clarify the criteria that must be met to properly classify a worker as an independent contractor. He declined to give a specific time frame, however he stated it would be issued sometime this summer.

Misclassification of employees as independent contractors has been a major concern for the DOL for several years. Companies are not required to pay unemployment insurance taxes, workers’ compensation premiums, or the employer’s portion of Social Security and Medicare taxes for such workers.  Additionally, independent contractors are not protected by most employment laws – such as Title VII and the Fair Labor Standards Act (“FLSA”).  Therefore, these workers are not eligible for overtime wages and protections from unlawful discrimination.