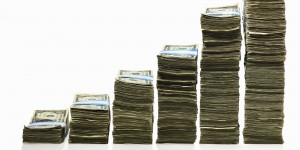 The U.S. Department of Labor announced yesterday its long-awaited proposed regulations that would raise the minimum salary for exemptions under the Fair Labor Standards Act (FLSA). The proposed rule would have a drastic impact on American businesses, as well as consumers, more than doubling the salary companies must pay their employees to qualify for exempt status from overtime.

The new regulations would increase the minimum required salary from $455 per week ($23,660 annually) to $970 per week ($50,440 annually). The proposed rule also seeks to increase the threshold for exemption as a “highly compensated employee” (“HCE”) from $100,000 to at least $122,148.  Both the minimum salary level for exemption and the HCE threshold would be increased on an annual basis after the new regulations become effective, under the DOL’s proposal.

If you would like more details, or help in understanding how this could impact your business, please feel free to call or email us at your convenience.
717-855-5589
[email protected]