Dept. of Labor and overtime – a new approach?

The Central Penn Business Journal recently reported that although the U.S. Department of Labor made changes n the criteria for employees to be eligible for overtime, the changes have not yet been implemented due to a court injunction. The DOL is asking for input from business owners on the overtime topic until September 25th, and so far 50,000 businesses have responded. It appears that the Dept. of Labor may be developing a new approach to the implementation of revised overtime pay.

Prior to the most recent attempt to change the laws, overtime regs were in place since 2004.  And although many business owners 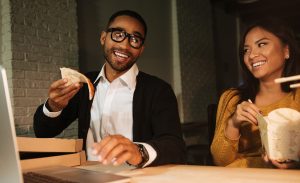 recognized that the laws needed to be updated, the change was seen as too big to digest all at once. Anne Zerbe of CGA Law Firm in York, PA, said that the initial federal overtime regulations were to double the salary threshold — from $23,660 per year to $47,476, or from $455 per week to $913 — under which employees working more than 40 hours a week must be paid overtime.

The examination of the pay threshold for employees qualifying as exempt has created a number of other adjustments in businesses.  Owners have taken a closer look at job descriptions – whether a person has supervisory responsibilities, for instance. Some employers had previously been beefing up some job descriptions so they could keep an employee in salaried rather than hourly status. Business owners thought they were simplifying their payroll, but by doing so they were also limiting the amount of pay that employees could earn.

About 4 million workers would have been affected by the change, including 185,000 in Pennsylvania.  Opponents contended the rule would have inflated salary and administrative costs for businesses, increasing the likelihood of layoffs.

It is possible that a new overtime proposal could be unveiled in 2018. In the meantime, “Federal officials are asking businesses how they prepared for last year’s pending overtime rules, whether they cut employees’ hours or converted workers from salary to hourly, or whether they increased wages and made sure the employees remained exempt, among other inquiries,”  Zerbe said.