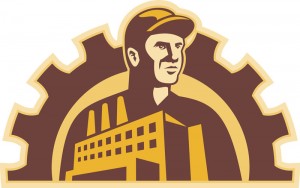 Employers have been anxiously awaiting the Department of Labor’s new rule that will greatly increase the number of U.S. workers who are eligible for overtime pay. But now, according to the Department of Labor, this final rule is likely to not be published before late 2016, giving employers much more time to prepare for the changes than initially anticipated.

Solicitor of Labor M. Patricia Smith announced last week that due to receiving more than 250,000 public comments on the proposed rule and the complexity of the law, the agency is now looking at a later date for releasing the final rules.

The DOL is proposing to more than double the minimum annual salary threshold. The current threshold an employee must meet to be overtime exempt is $23,660. The proposed rule seeks to increase this to $50,440. Additionally, they are seeking to have to threshold automatically increase so it can stay in line with inflation and legislative changes aren’t required every time lawmakers want to increase it.

We also need to consider the effect the upcoming presidential election will have on the above process. The rule was initially expected to be issued in early 2016 and that is clearly not going to happen. Now, with the rule expected in late 2016, the process will run alongside the election. It will be interesting, nonetheless, to see how it plays out.