“They Never Told Me” 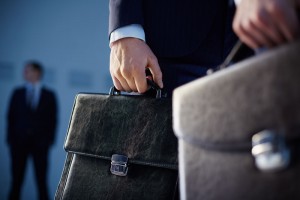 Ridiculous as it sounds, “they never told me” is a standard defense in employment lawsuits. It plays to the jury’s sense of fairness, and it plays pretty well. Organizations must train their supervisors to communicate expectations effectively in order to combat this defense.

‘Surely They Know What I Want’

Supervisors don’t like confronting their employees about performance problems so they tend to assume that employees are aware that they are not performing up to par. Unfortunately, employees don’t think that way. They assume that everything is fine unless they are told otherwise. Then if there’s a termination and they are surprised, they fight back—in court.

In front of a jury “they never told me they were displeased with my work” becomes a poignant plea for justice and the jury is likely to agree. In contrast, think of the same jury, but there’s a clear trail of formal performance appraisals and informal counseling that shows that the company tried to get this employee up to an acceptable performance level. The jury’s likely to side with the employer that gave a wayward employee every chance to improve.

Goals with no measures attached do little to motivate employees. They are nearly meaningless at appraisal time since they are open to different interpretations by the employee and the boss.

Some examples of vague goals:

Try these goals instead:

A goal set so high that there is no hope of achieving it is no goal at all. And a goal that’s no challenge is a gift, not a goal. Spend time to find a reasonable balance.

Finally, goals should be mutually agreed on. It’s important to have “buy-in” from the employee and it eliminates the complaint that “I didn’t know the goals or understand them.”